Did you know that babies don't know how to fart? 'Cause I sure didn't.

I was amazed that this perfect football of a person, with all of his bountiful baby brilliance, couldn't master passing gas. Between his terrifying screams of discomfort, I actively wondered if we'd begotten a defective babe. I would arrange him in yoga's happy baby pose and hope he benefited from its "wind relieving" properties.

Fortunately, in the grand tradition of his family, Era figured out farts. Just as I've slowly figured out some of the more abstruse aspects of parenthood. 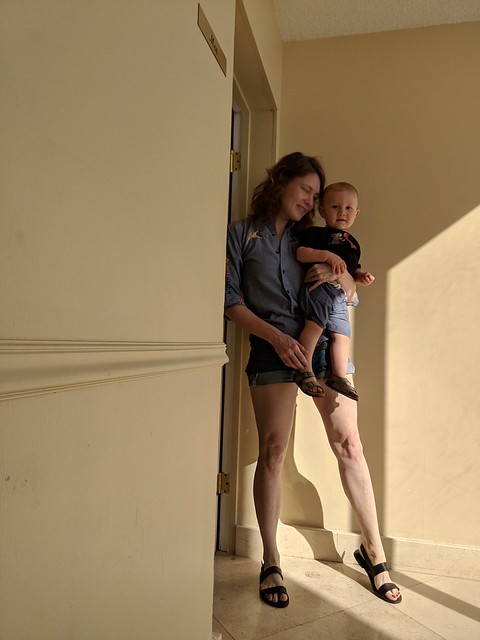 hanging in the hall last weekend

In celebration of that and of Era's first year (he's 14 months old! Jeez!), I offer a few of the experiences I least expected when I was expecting.


I've written before about how breastfeeding was a huge focus, and I feel pretty fortunate that nursing was relatively stress-free for me. But even so, I vividly remember tying myself in tormented knots when I couldn't produce enough milk. I haunted the aisles of Whole Foods, searching for the lactation tea that would rescue me from decreased supply while my happily chubby cub was bewildered by my panicked behavior.

Looking back, I wish I could have convinced myself to chill.

Era didn't care where his next meal originated, he just wanted to enjoy time with his mom. There was no reason for my weeping as I packed the occasional formula bottle into his daycare bag and absolutely no call for added misery when mastitis decimated my supply.

At the time, it felt like a monumental failure. But the reality was that a little more formula supplementation would have saved me a heap of heartache, and that could only benefit my family. 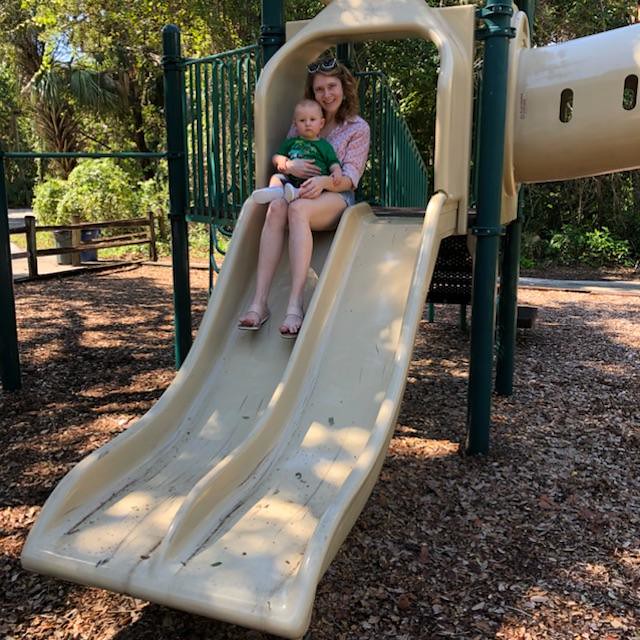 learning to go with the flow


Babies actually rub their eyes when sleepy. I did not realize that that is a real thing and it's delightfully adorable every time Era does it. 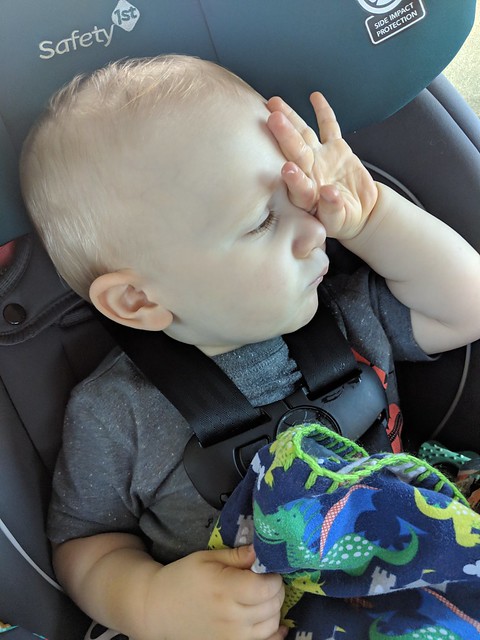 
While I don't necessarily resonate with all of her experiences (and actually, actively dislike a few of her characterizations of mom life), one passage from Meaghan O'connell's book And Now We Have Everything hit me hard. She writes that she hadn't just created a life. "We created a death."

In early parenthood, I became obsessed with death.

And I realize how bizarre this sounds and now, it's hard to recall the all-encompassing pathos that adhered to every aspect of my life, but I do know that terror tinged everything I touched those first couple of months.

Yes, of course, I loved my son and wanted to protect him from all hurt. But this was an irrational, integral anxiety that drove me to distraction every time the sun touched his skin, a bottle was washed, or a plaything was purchased. I harped at my husband for everything from thermostat settings to stuffy nose remedies. I hated that we had knives in our kitchen. I resented the hot water tap.

Finally, after months of suffering from unwanted imaginations of every awful thing that could befall a baby, the mists of anxiety finally lifted. I knew that as a mother, I would love beyond all reason and worry more than ever before, but nothing prepared me for the hurricane of concern as hormones and sleep deprivation took the enormous adoration I felt for my son, and twisted it into enormous apprehension.

I wish I had known that this was as normal and impermanent as a spit-up stain. 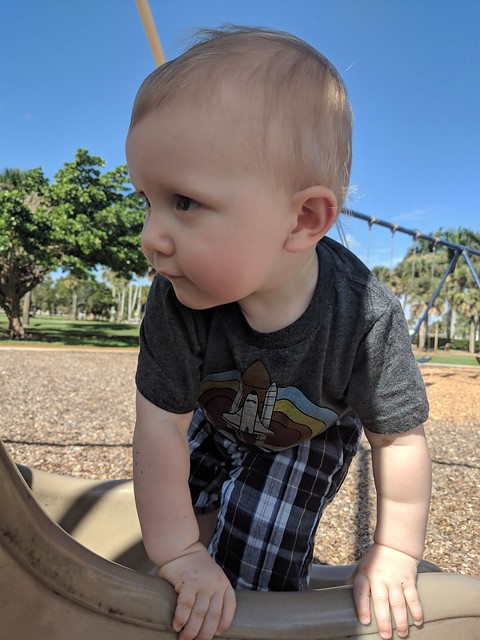 
I was listening to an NPR story about the retirement of skier Lindsey Vonn as she explained that due to her career on the slopes her "body is broken beyond repair." While I never personally felt beyond repair, I did feel particularly broken immediately following Era's birth.

I might mention my physical ailments to colleagues or doctors, and was often rewarded with a patronizing smile and, "Ah, yes, but wasn't it worth it?"

No one is asking Lindsey Vonn if it was "worth it." Because, yes, OF COURSE it's worth it. She is the winningest female skier in history, and I created a human being from scratch. But it doesn't come without a price, and no amount of condescending reminders of my blessings negates the physical distress. 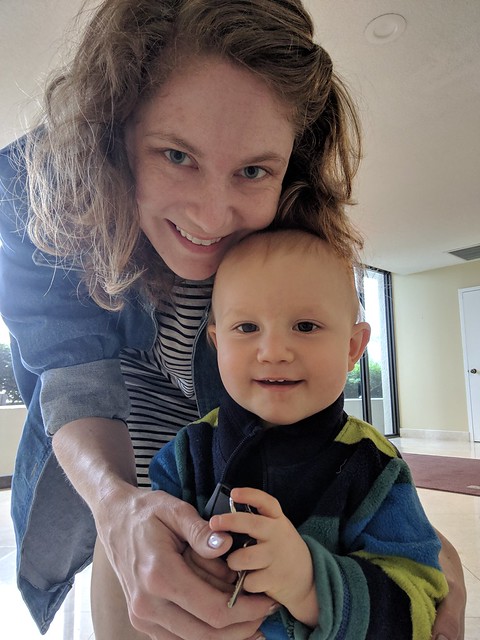 I believe my cheesy schmoopface says it all here.

I am luckier than many mamas, but no matter the birth, we all deserve to have the repercussions taken seriously. "But wasn't it worth it?" silences the conversation about postpartum recovery and plus, it's just rude. I can admit that childbirth is physically difficult without needing to be reminded about the cute baby I made.


I didn't know it at the time, but the best advice we received about parenthood is: the days are long but the years are short.

Those word were damn near meaningless to me mere months ago, but they became a buoy when the monotony of new motherhood seemed insurmountable.

I also often found myself reflecting on this passage my excellent friend Jen Short wrote on Facebook:


Looking back, I would give anything in the world to have one more bottle-fed day with my babe, one more diaper to change, one more load of tiny things to wash and pack. Eli is 11 now and I don’t even know when I stopped being able to pick him up. The last time I held him, I didn’t know it was to be the last time I’d hold him. I’m sure someday I’ll look back and lovingly wish for my 11-year old, filled with preteen angst and attitude, too.


Everything can pile up in your brain to make you feel adrift in this new parental identity. But these wise words returned me to the moment, reminding me to enjoy every single cuddle, even the ones at 4:30 a.m. 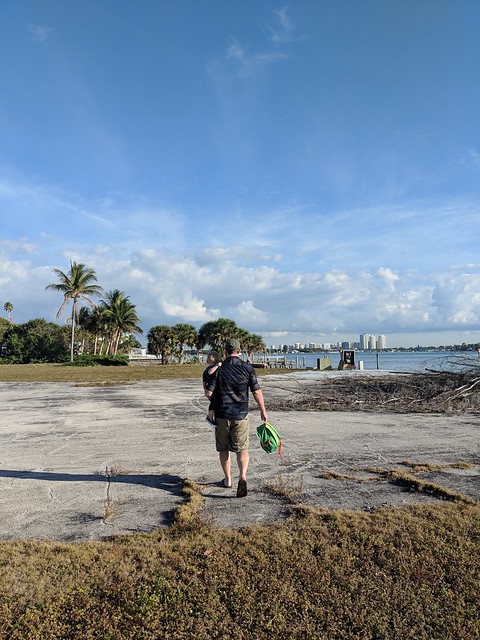