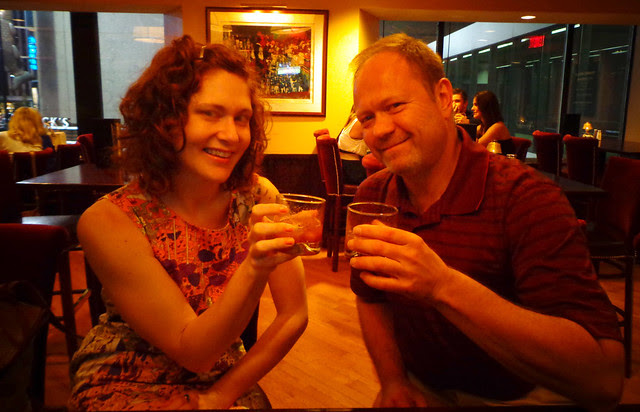 If I looks like I just woke up here, it's because I had. Naps are great.

Thursday, Steve here was supposed to escort me to the World Piano Competition semi-finals. Late Wednesday night, I got an email from him saying, "I fucked up and told someone I'd fill in for their golf league tomorrow night."

All I wrote back was, "I hope it rains."

Since he was obviously feeling contrite, I told Steve he could make it up to me by meeting me after golf and buying me shots. Oyster shots.

For the uninitiated, oyster shooters consist of pepper vodka, cocktail sauce and a big, fat oyster. You clink, drink and then make faces like these: 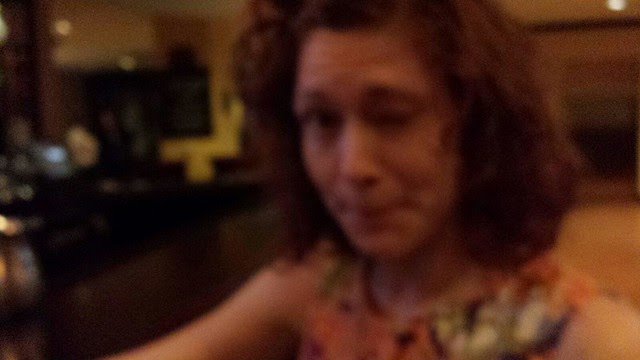 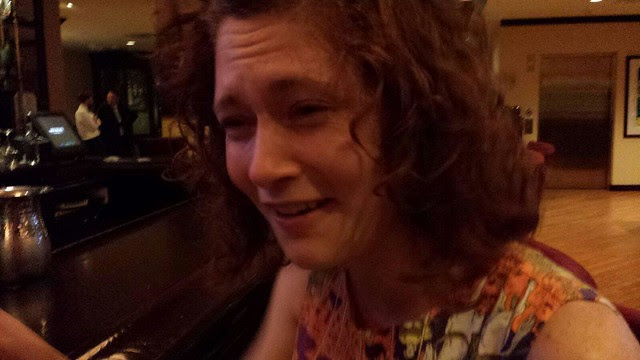 Despite the ridiculous yuckface I have going on here, I thought oyster shooters were totally delicious.

So, my thanks to Steve and his golfing buddies. Another round of drunken mollusks, please!

Next adventure: Bunbury Music Festival
Posted by Becky Haltermon Robinson at 8:25 AM

Washington Platform and Saloon? I told my son we're going there for oyster shooters next May when he turns 21.

This was actually at Morton's the Steakhouse because it was the only place open downtown when we met up late on a weekday. The bartender had never heard of these shots so we explained it to her and she kind of made it up.

We did end up getting some at Washington Platform and they were delicious, if infinitely more spicy.

Wherever you go, I'm sure your son will love them... They're awesome! 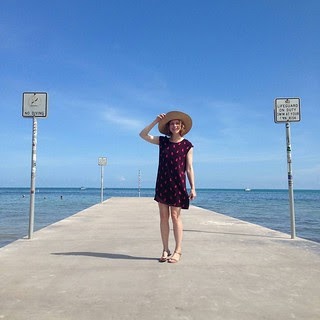